Since its inception in 1989, Celebrity has held true to its original commitment of taking the very best aspects of classic, elegant cruising and updating them to reflect current lifestyles. In 1997, we merged with Royal Caribbean International to form Royal Caribbean Cruises Ltd.

What sets Celebrity apart from other vacation choices today is the cruise line's passionate dedication to providing guests with a cruise experience that embodies modern luxury. This has become the definition of Celebrity Cruises, and has set the worldwide standard for today's expression of what first made cruising famous -- high quality, superior design, spacious accommodations, grand style, attentive service and exceptional cuisine.

Celebrity Cruises' iconic "X” is the mark of modern luxury, with its cool, contemporary design and warm spaces; dining experiences where the design of the venues is as important as the cuisine; and the amazing service that only Celebrity can provide, all providing an unmatchable vacation experience. In addition to offering vacations visiting all continents, Celebrity also presents immersive Cruisetour experiences in Alaska, Australia/New Zealand, Canada, Europe and South America. By the end of 2012, Celebrity Cruises has a fleet of 11 beautiful ships.

Since Celebrity's first sailing in 1990, it has been recognized as an industry leader, praised for providing spacious, stylish interiors; dining experiences elevated to an art form; personalized service, with a guest-to-staff ratio of nearly 2:1 and unexpected, trendsetting onboard activities, all designed to provide an unmatchable experience for vacationers' precious time. The introduction of Celebrity Cruises' stylish, widely heralded Solstice Class of ships has reinforced Celebrity's position as an industry leader.

It all began when Celebrity Cruises was founded in 1989 with the objective of fulfilling the travel industry's need for a high-quality, premium cruise product at an intelligent price. The company was determined to set a new, worldwide standard for cruising, and to create a distinctive expression of superior quality, grand style, attentive service, spacious accommodations, and exceptional cuisine.

Believing that the dining experience is an essential part of a quality cruise vacation, Celebrity custom-built galleys to create the finest gourmet cuisine at sea, preparing everything from scratch, using only the finest, freshest ingredients. Along with the launch of the Century Class fleet in 1995, Celebrity created another industry first: a luxurious spa experience within the environment of a cruise ship, with the introduction of the AquaSpa® by Elemis.

Today the company offers land tours to the interior of Alaska and Canada.

Even More Luxury
Celebrity has offered rich, pampering experiences since its inception. More than 100 brand enhancements and new "tastes of luxury" were unveiled across the fleet in 2003, including welcome champagne and mimosas, cold towels and fresh sorbet poolside, expanded options in dining, including Sushi Cafés and pasta/pizza bars, sunset yoga and Pilates classes, and more. During the same year, Celebrity introduced "Concierge Class," an enhanced level of accommodations featuring new amenities and priority services, and introduced "Acupuncture at Sea," another undisputed industry first.

Adventure Cruises to the Galapagos
In 2004, the line launched "Celebrity Xpeditions," a series of highly unique events and excursions designed to offer savvy travelers once-in-a-lifetime opportunities to be treated famously in new environments. The one-of-a-kind program gives guests the premium experiences they have come to expect from Celebrity, in new and exotic settings, including cruises in the enchanting Galapagos Islands on a luxurious mega yacht, Celebrity Xpedition, and a series of premium excursion options on select itineraries.

Celebrity's Solstice Class features the industry's first "Lawn Club" - an outdoor, country club-like venue featuring a lawn of real, growing grass where guests can practice their putting, play lawn games like croquet and lawn bowling, or simply relax under the sun and stars; the first Hot Glass Show at sea, presented in collaboration with The Corning Museum of Glass; and a slate of breathtaking new shows created in partnership with POET Theatricals. The Solstice Class also offers larger, more intuitive staterooms influenced by "Celebrity's Leading Ladies," five Boomer women with unique travel and hospitality insights. The new ships present fewer inside staterooms than other ships - 90% of the ships' staterooms offer outside views and 85% of staterooms have verandas - and feature an entirely new category of staterooms, "AquaClass," designed with spa enthusiasts in mind, offering a host of exclusive amenities. AquaClass guests enjoy unlimited access to the Relaxation Room and Persian Garden, as well as priority seating in Blu, a specialty restaurant with healthy dishes created specifically for AquaClass guests. The ships also present a two-story AquaSpa, with the Relaxation Room and Persian Garden similar to those found on several other Celebrity ships. Celebrity's Solstice Class ships also are the first in the industry to utilize solar technology, with some of the solar panels serving the dual purpose of providing shade within the Solarium as well as energy production.

Celebrity Silhouette introduced several new venues, including The Lawn Club Grill, the industry's first outdoor, interactive grill venue; The Porch, with a chic Hampton's-style design, and offering casual breakfasts and lunches overlooking The Lawn Club and the sea; The Art Studio, where guests can participate in intimate, hands-on instruction from experts in drawing, painting and beading, as well as the art of food, with culinary-themed classes; The Alcoves, eight cabana-style settings for partial or all-day rentals on the perimeter of The Lawn Club, offering themed picnic baskets, an á la carte beverage menu and WiFi; and The Hideaway, with its avant-garde, cozy, tree house design, creating a quiet retreat for reading a good book or a high-tech escape for vacationers relaxing with iPads, which are available to rent.

Our culinary vision is evident everywhere, from the recipes and ingredients to the table presentation to the service. Our hope is that you'll leave a Celebrity cruise having tried new tastes and gained a deeper appreciation for the way cuisine can influence your experiences.
Before the launch of Celebrity Solstice in 2008, Celebrity Cruises had five specialty restaurants fleetwide; by the end of 2012, there be 45 in total.

Celebrity Cruises Today
Just as we elevated Celebrity's culinary excellence, Celebrity's Solstice® Class has redefined the brand overall. Many of the design elements, experiences and dining concepts introduced on the Solstice Class ships are so compelling that in early 2010, Celebrity announced plans to "Solsticize" its Millennium Class ships by incorporating iconic Solstice Class attributes through a significant revitalization. The first ship to be "Solsticized" was Celebrity Constellation®, that same year. Since then, four other ships have been enhanced to a Solstice Class sheen.

Among the Solstice Class features being introduced on Celebrity's Millennium Class ships:

• Bistro on Five, the vibrant creperie

• An Enomatic wine bar, the state-of-the-art, Italian-designed wine serving system allowing guests to select and serve, at the touch of a button, wines of their choice by the glass

• More sumptuous suites, on a par with those in the most modern hotels in Europe, with all new furniture, flat-screen TVs, upholstery, bedding and carpeting

• New color schemes, carpeting and upholstery reflective of Solstice Class in every public venue, from the Celebrity Theater to Seaside Grill, from the main dining room to Michael's Club

The revitalization, when combined with the brand's robust and widely varied onboard entertainment and enrichment program, "Celebrity Life"; a broader, well-received Captain’s Club loyalty program, and multiple other brand enhancements – represents a nearly $200-million investment. Celebrity Infinity was Solsticized in late 2011, followed by Celebrity Summit in early 2012, and Celebrity Millennium in late 2012.
With its pulse on what guests want, and with an eye toward the future, Celebrity Cruises continues to innovate and to deliver unforgettable, award-winning vacation experiences. 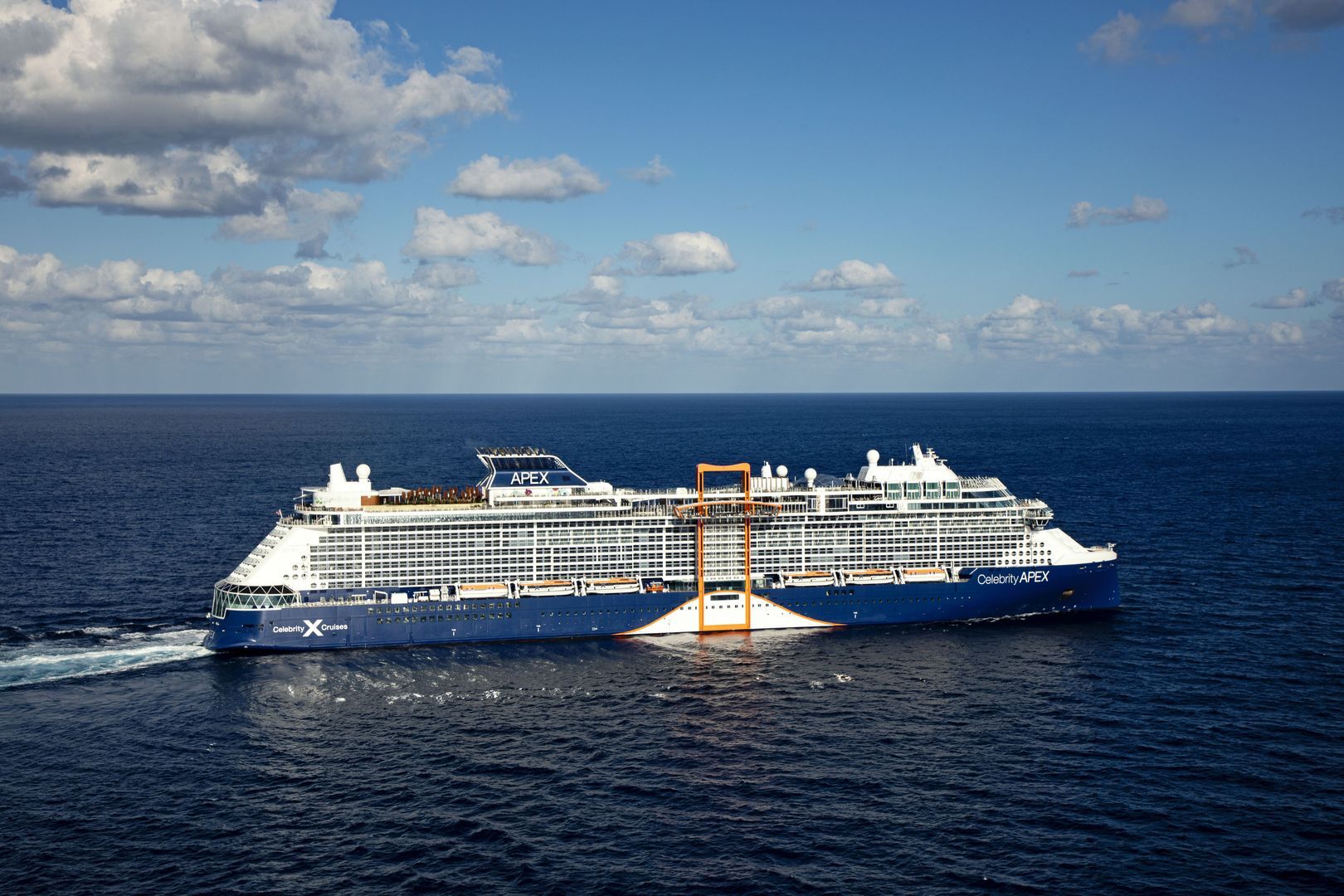 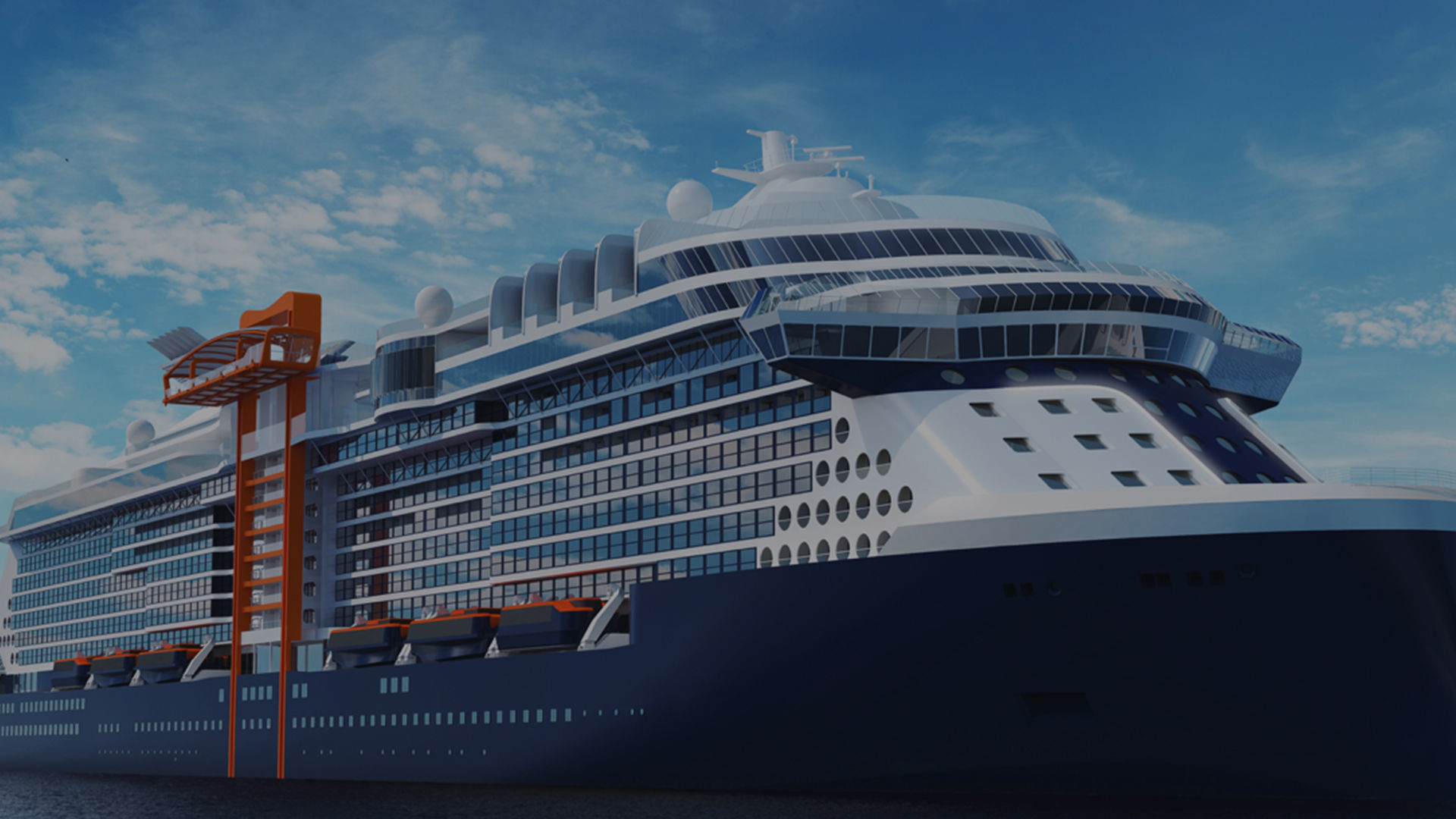 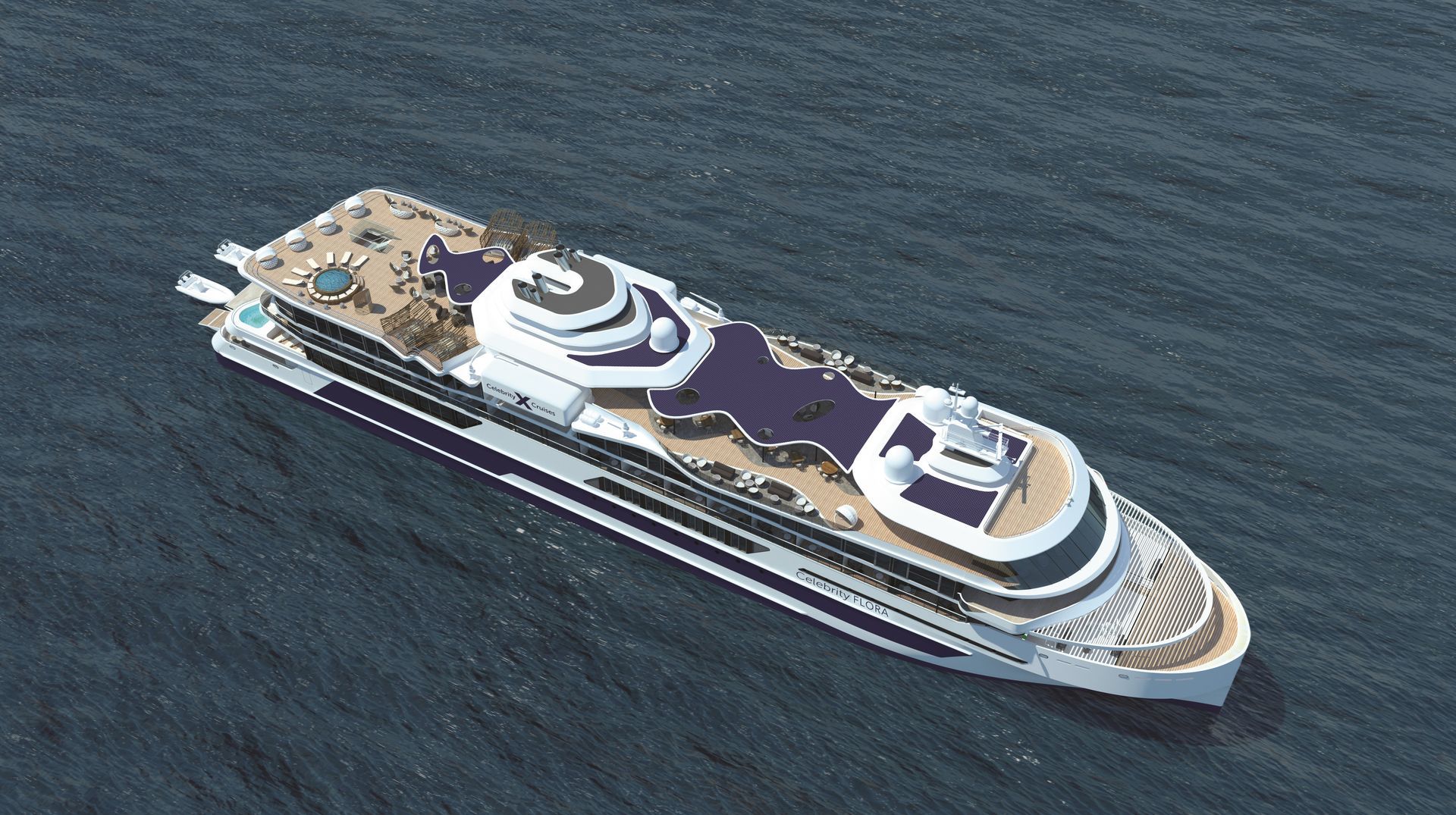 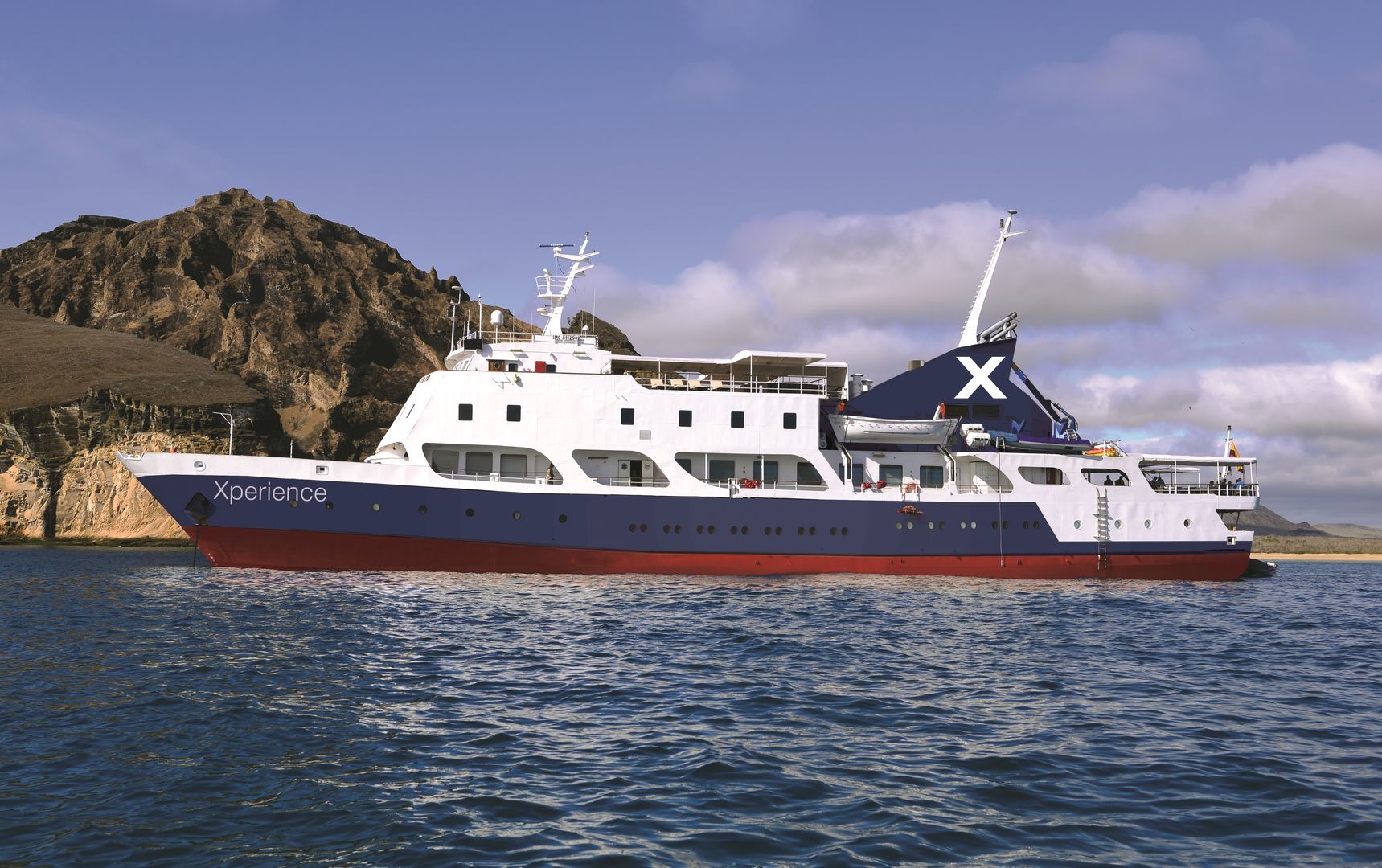 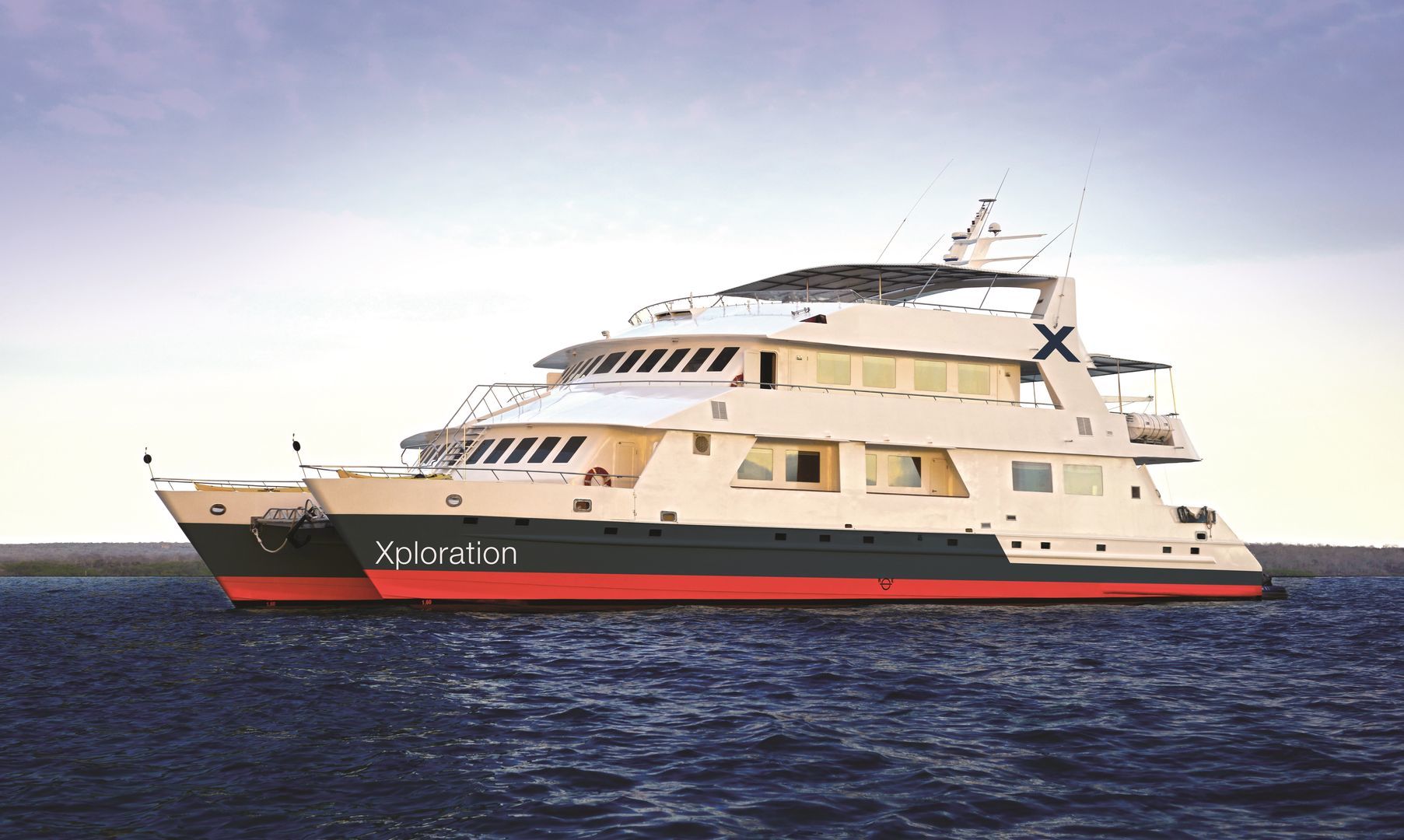 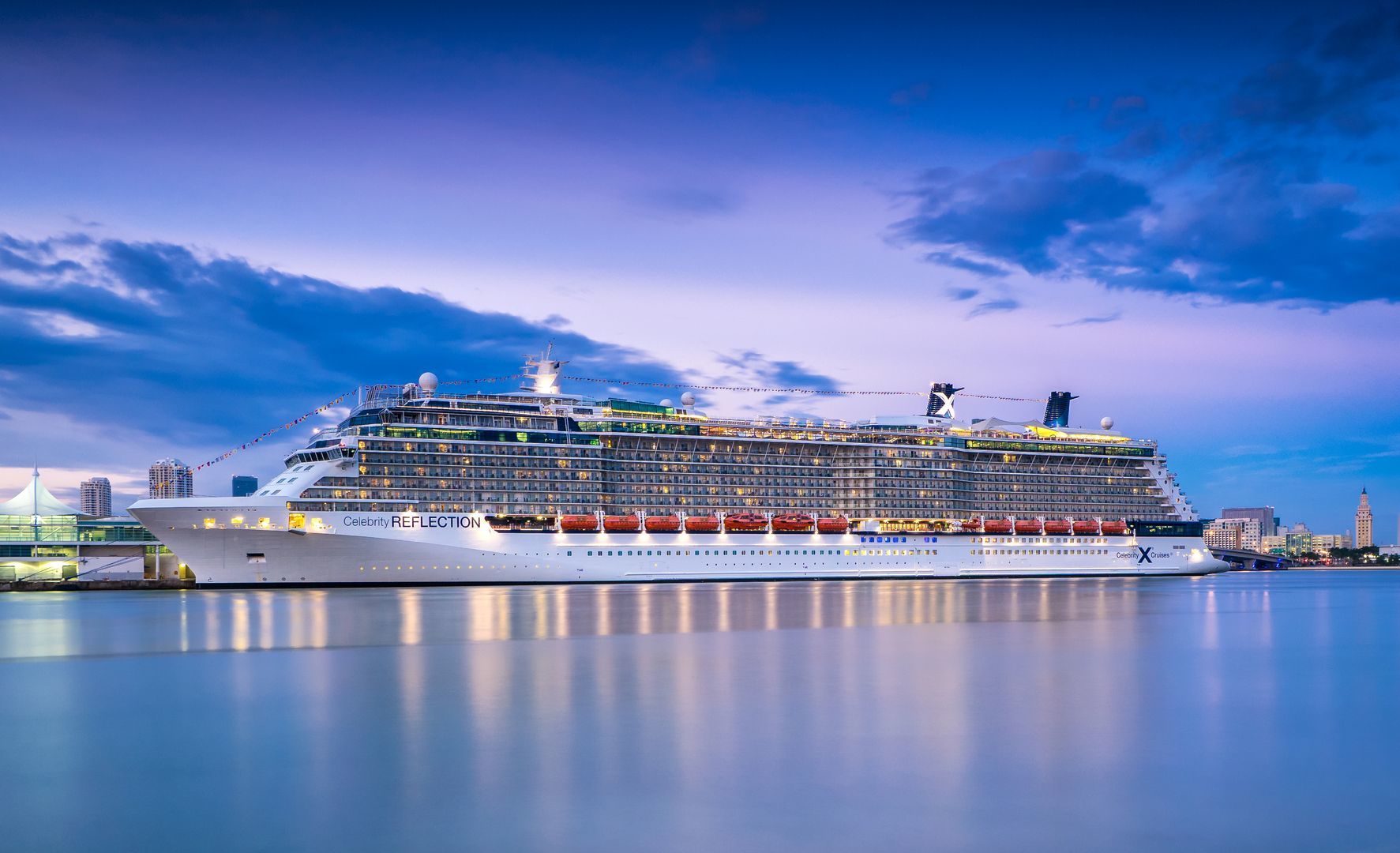 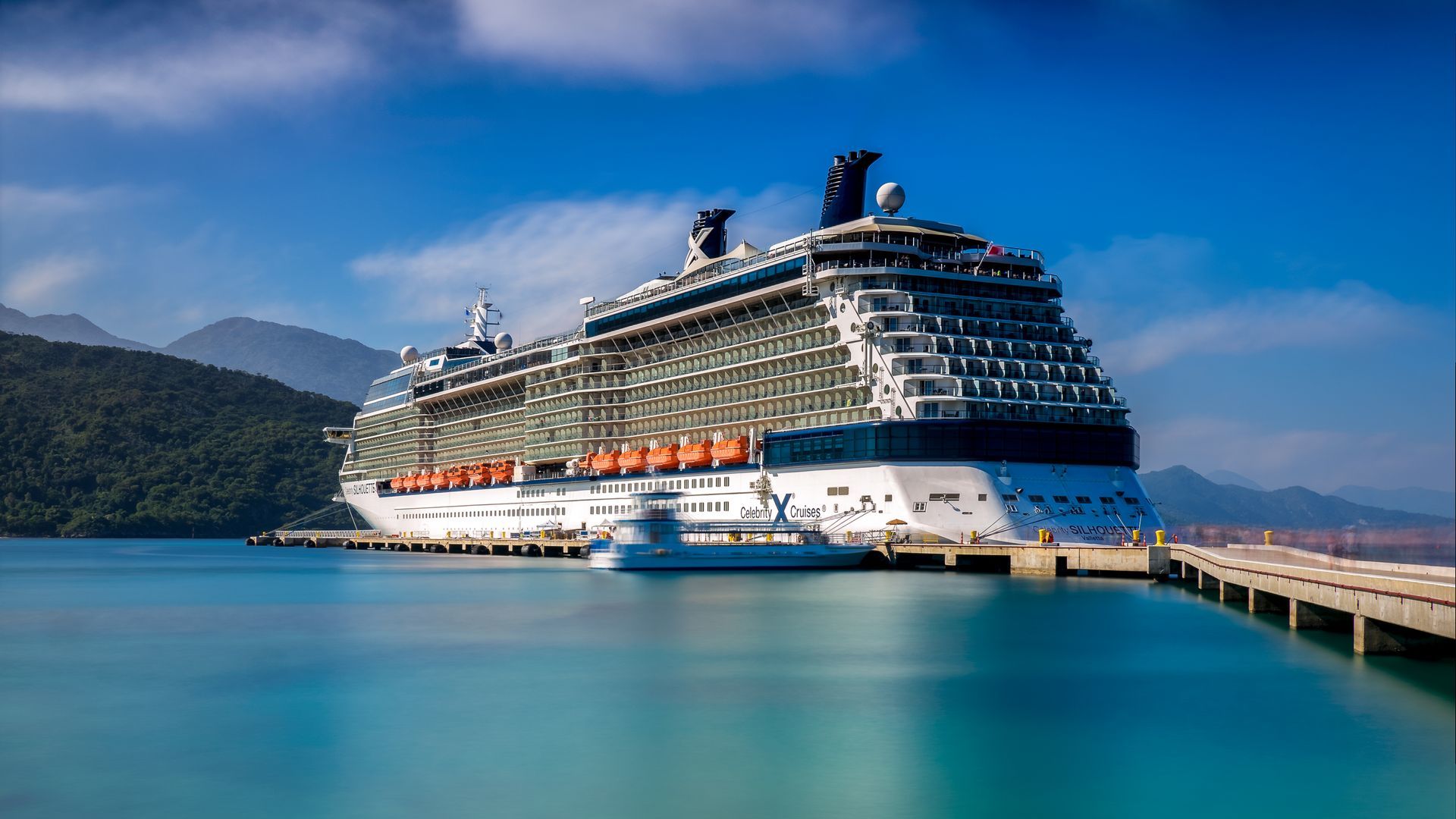 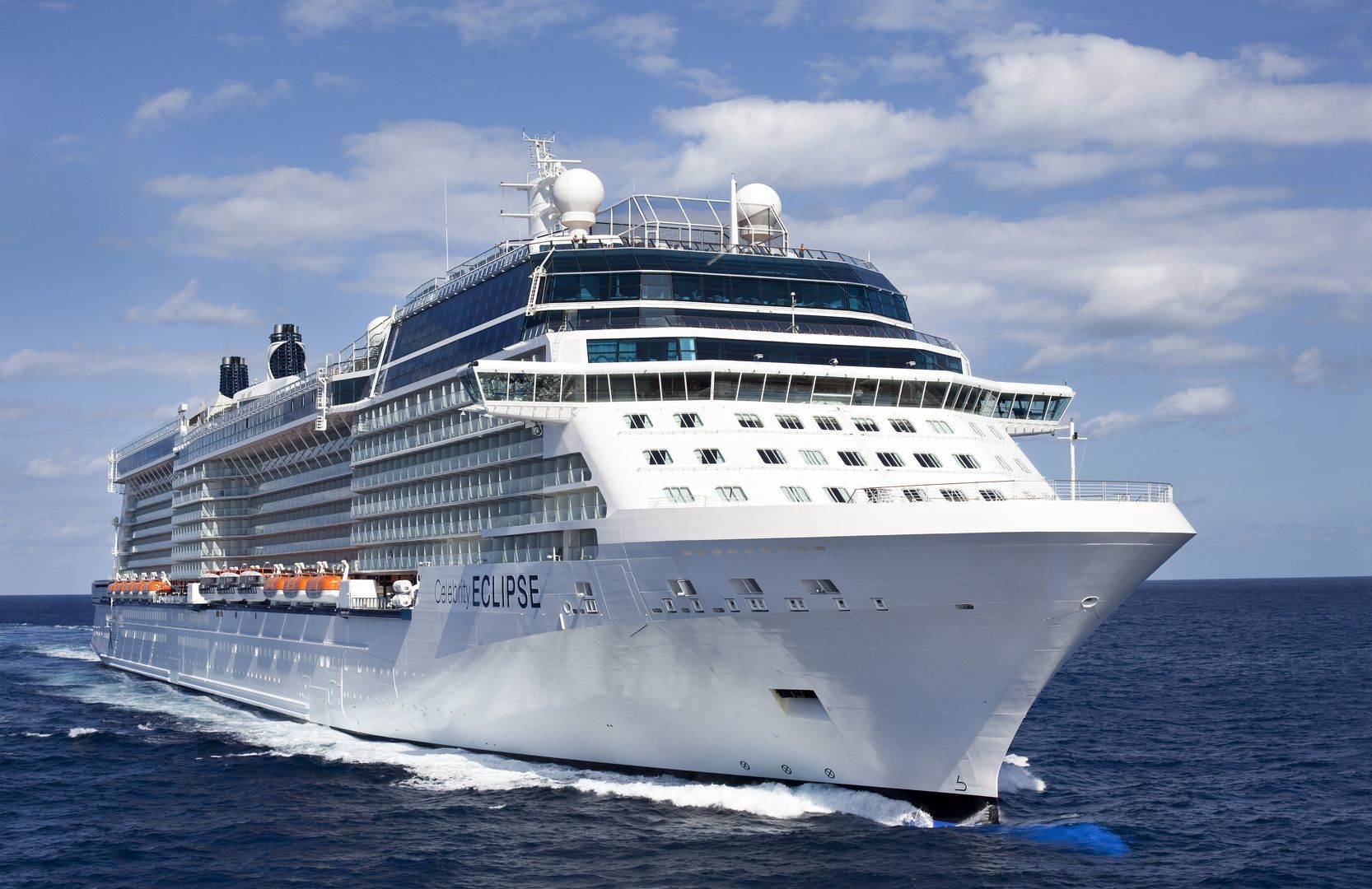 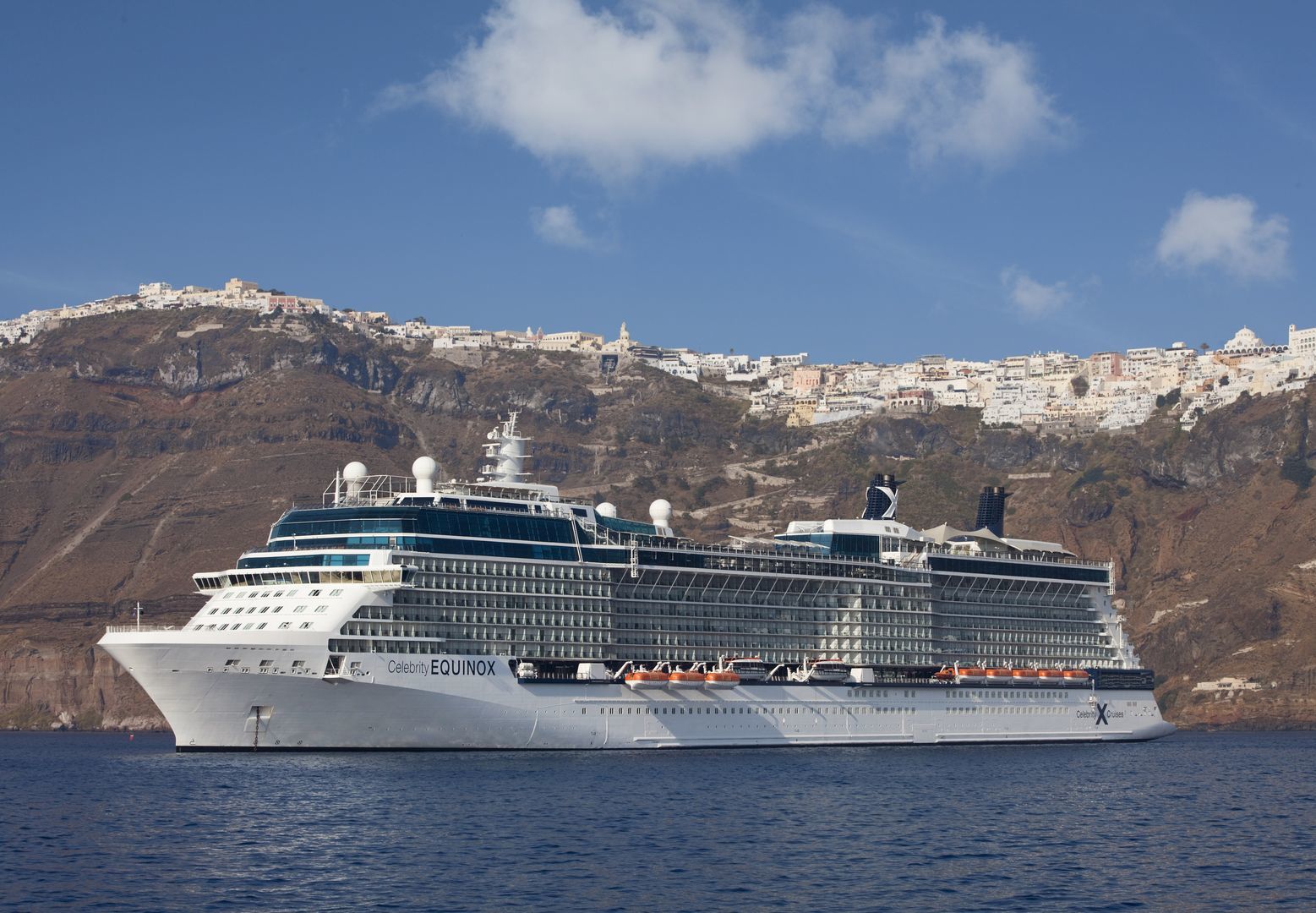 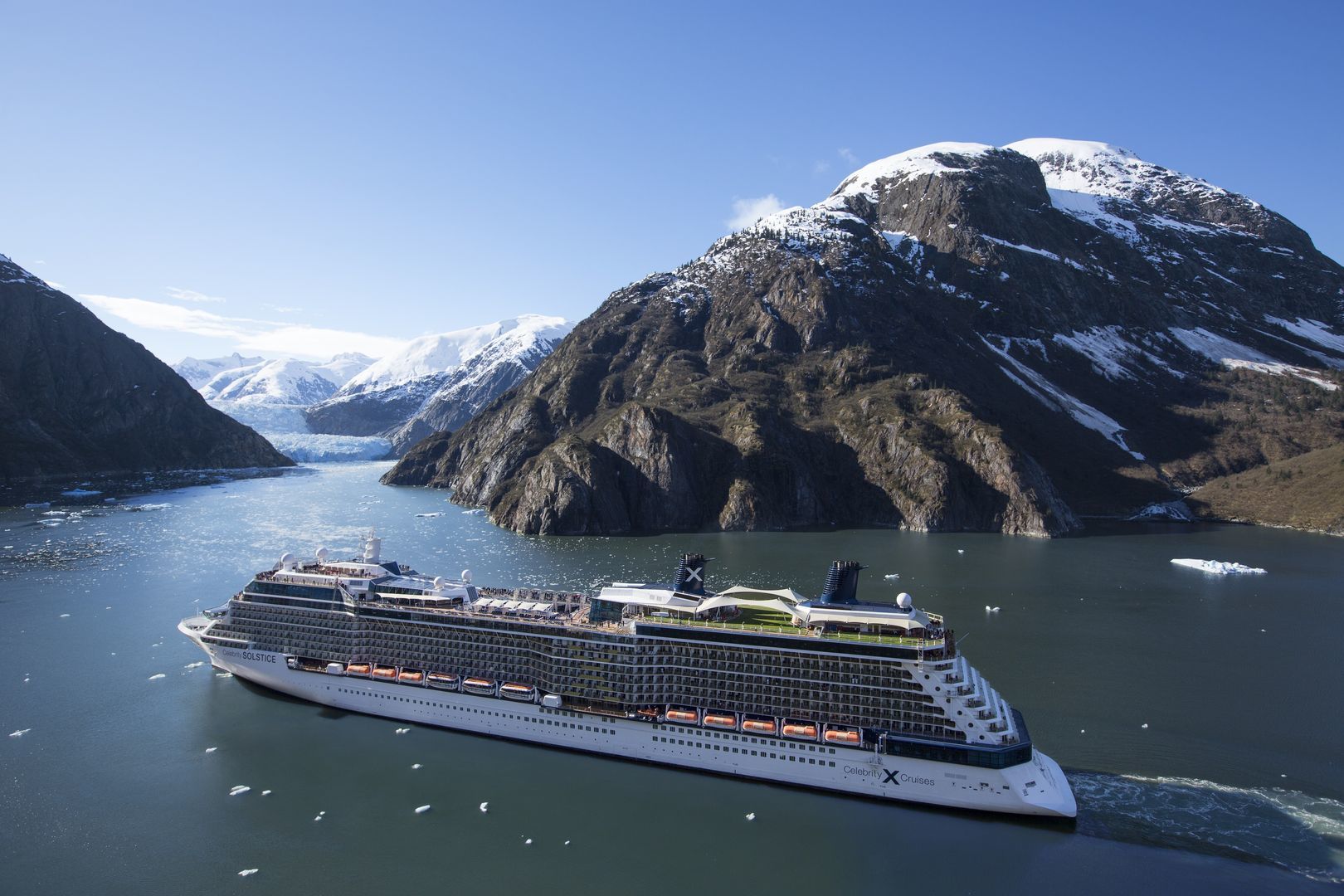 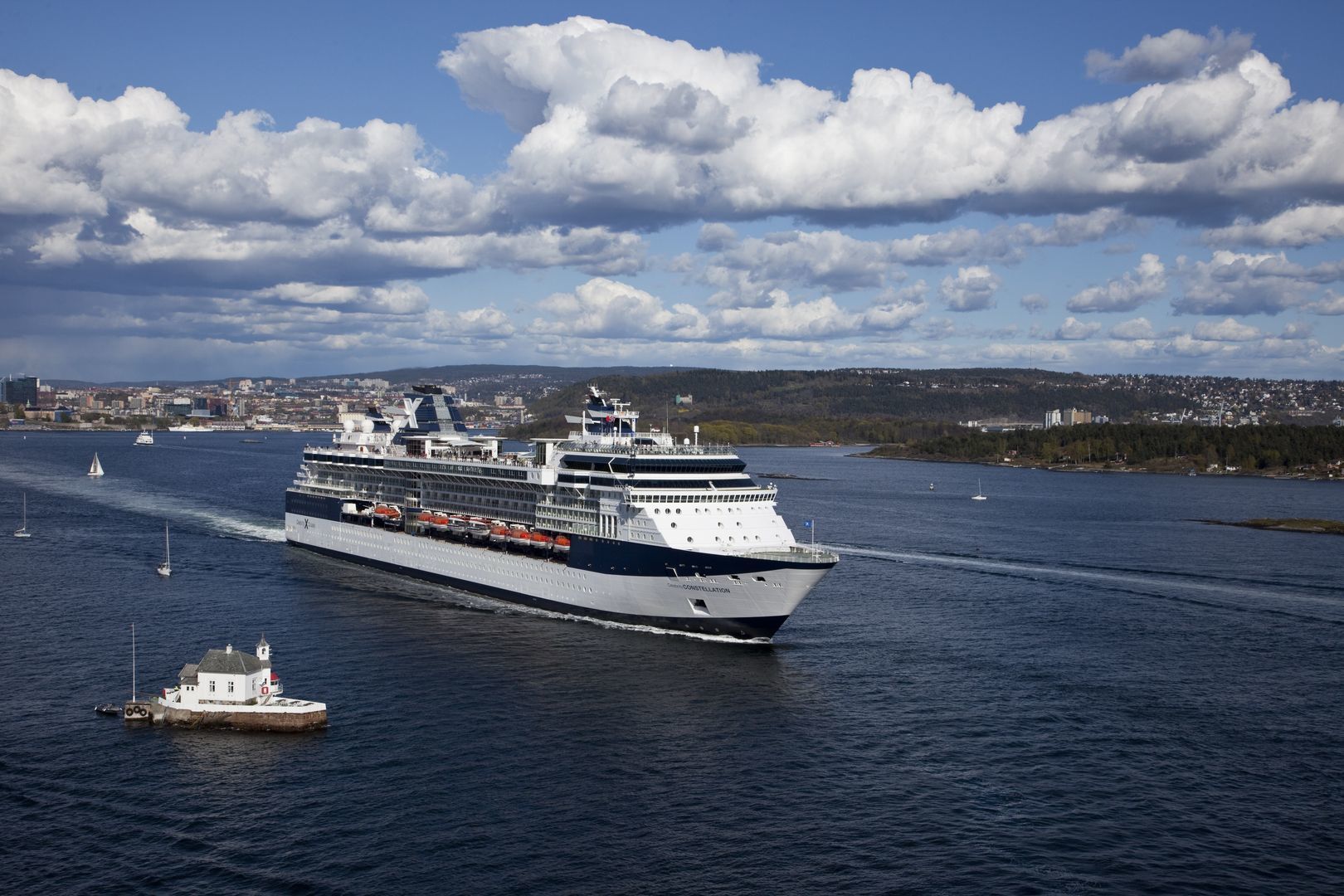 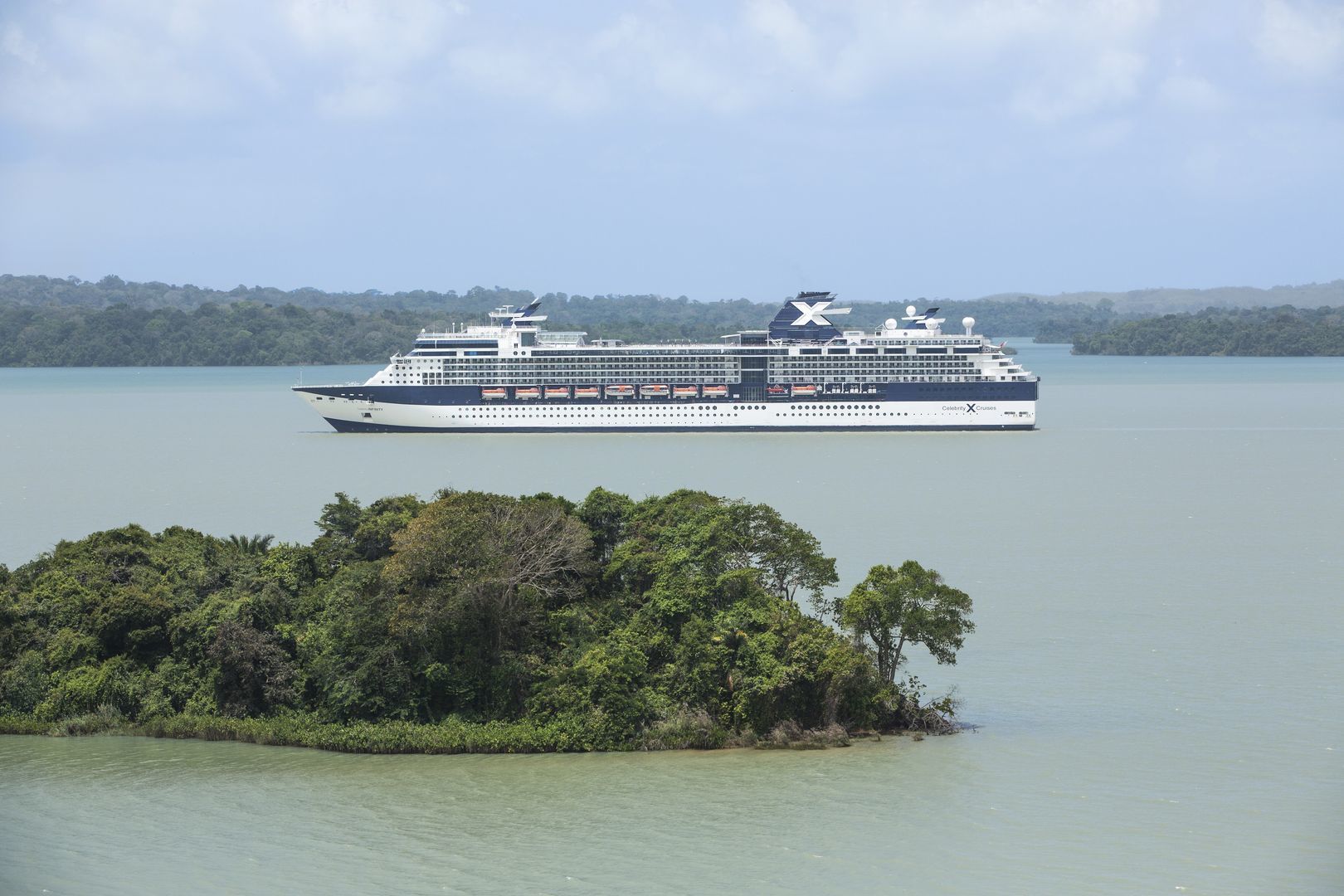 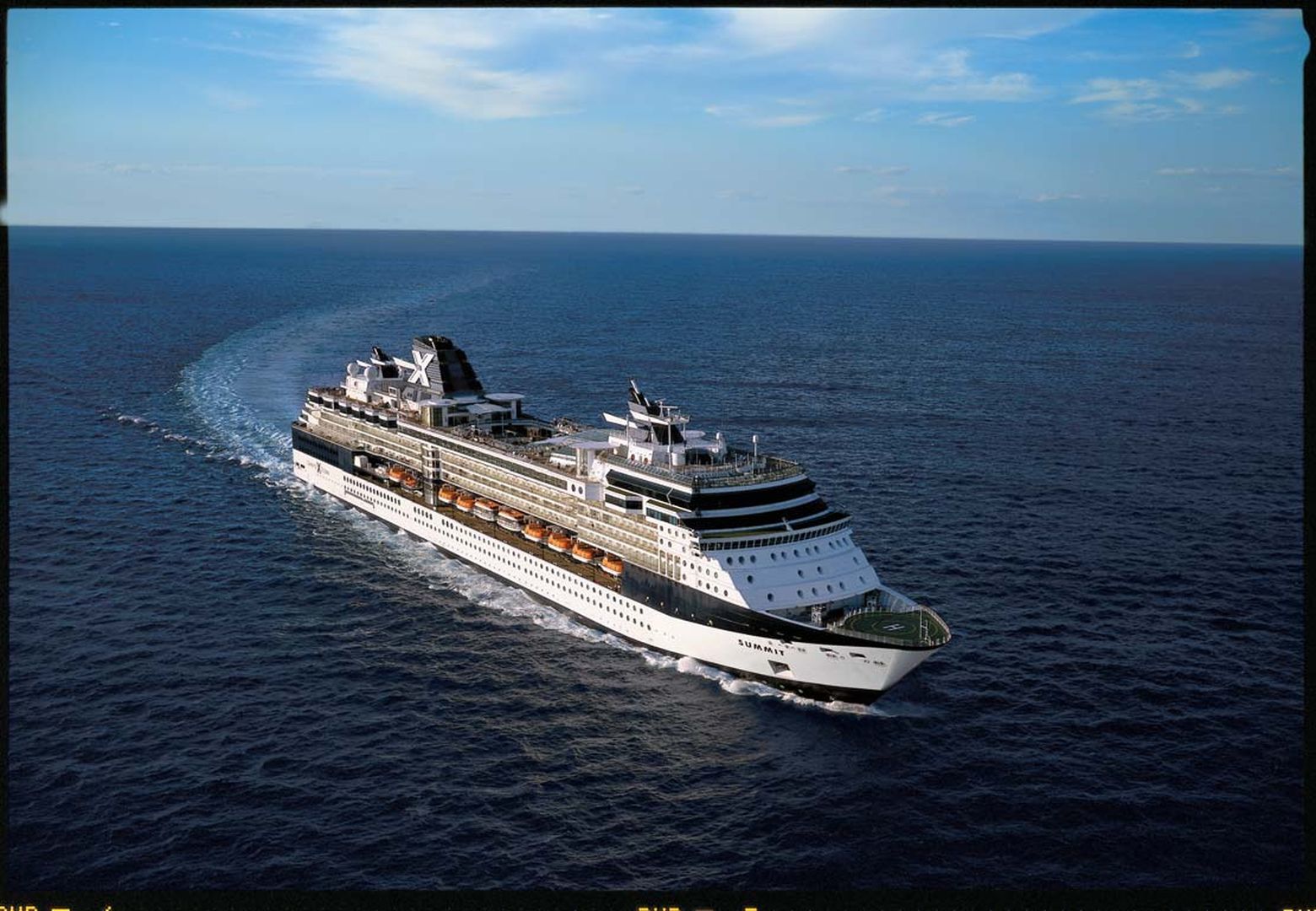 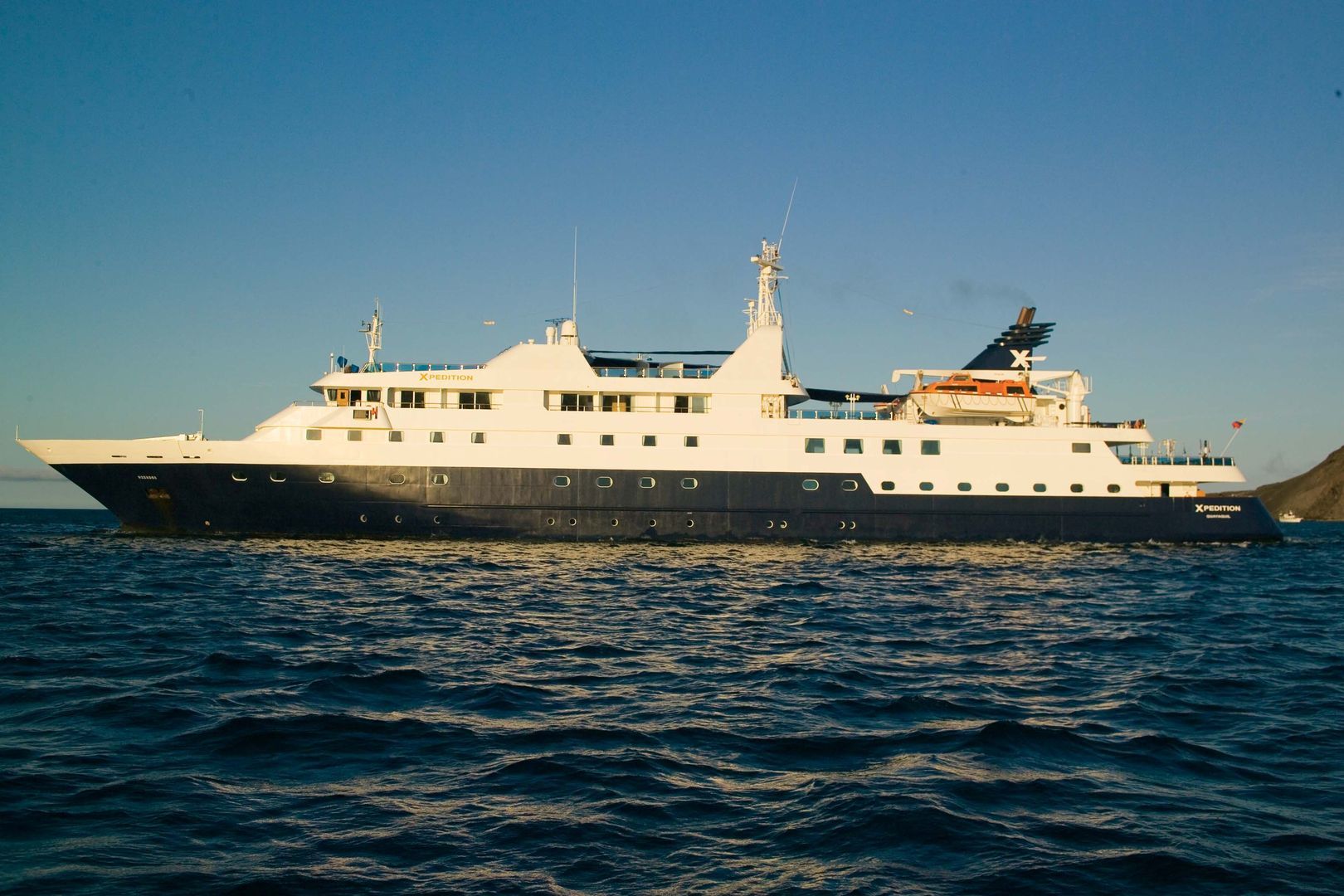 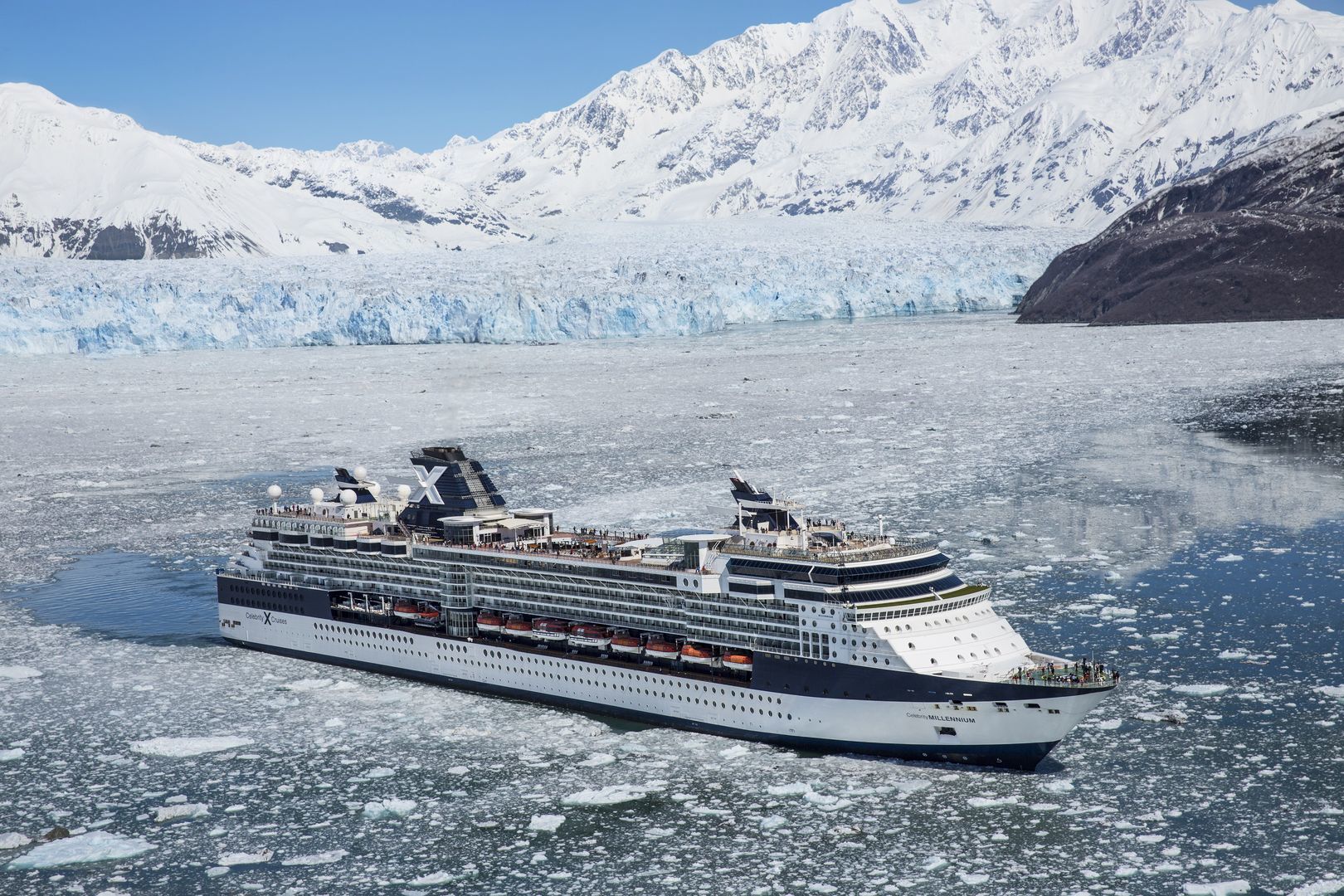 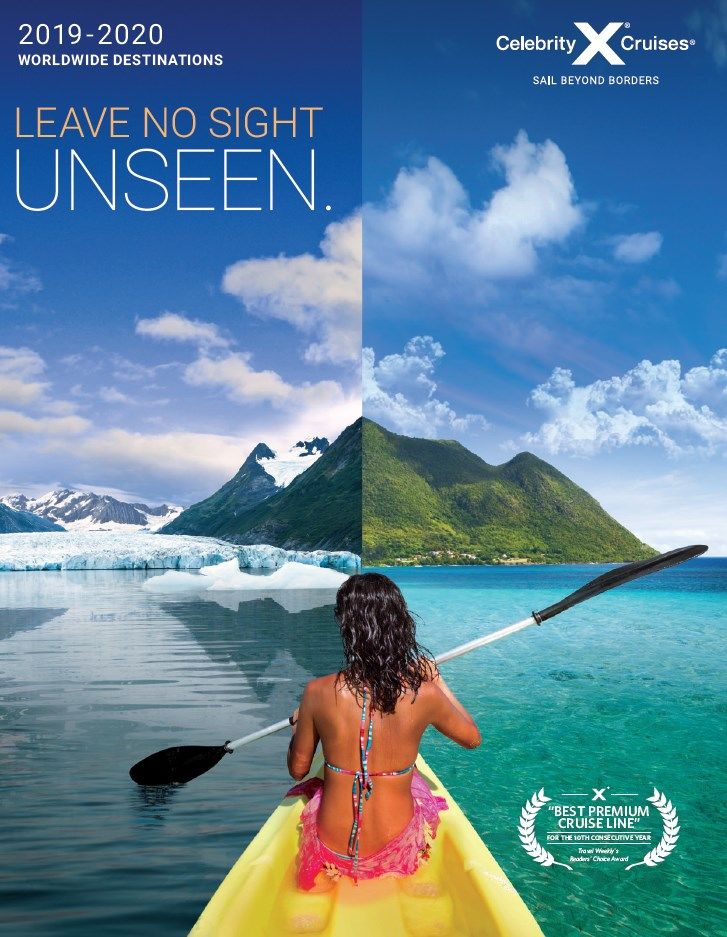 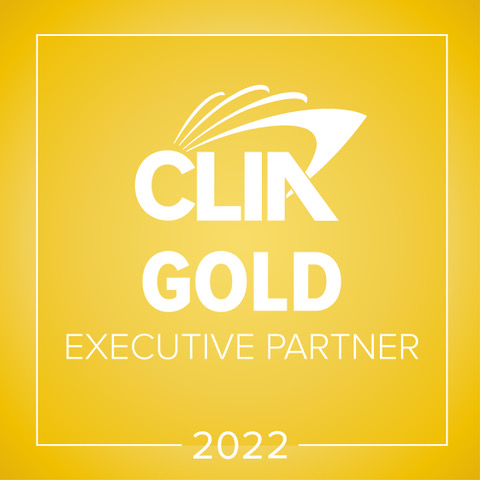